Time has finally come to start working in the engine. I now have most of what I need from my preliminary research and have started creating a landscape that will function to give me some ideas about scale and movement in between the main focus points. 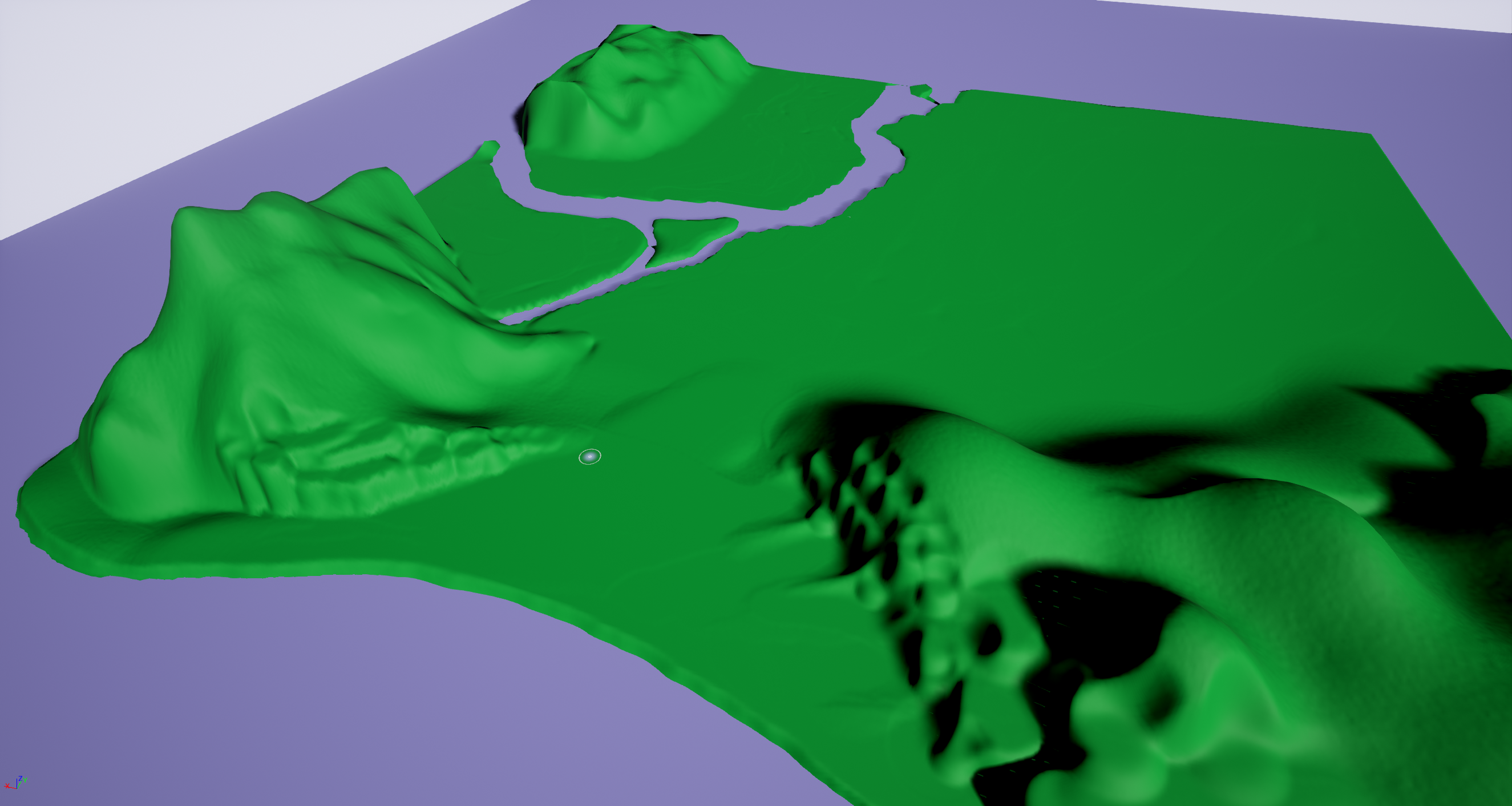 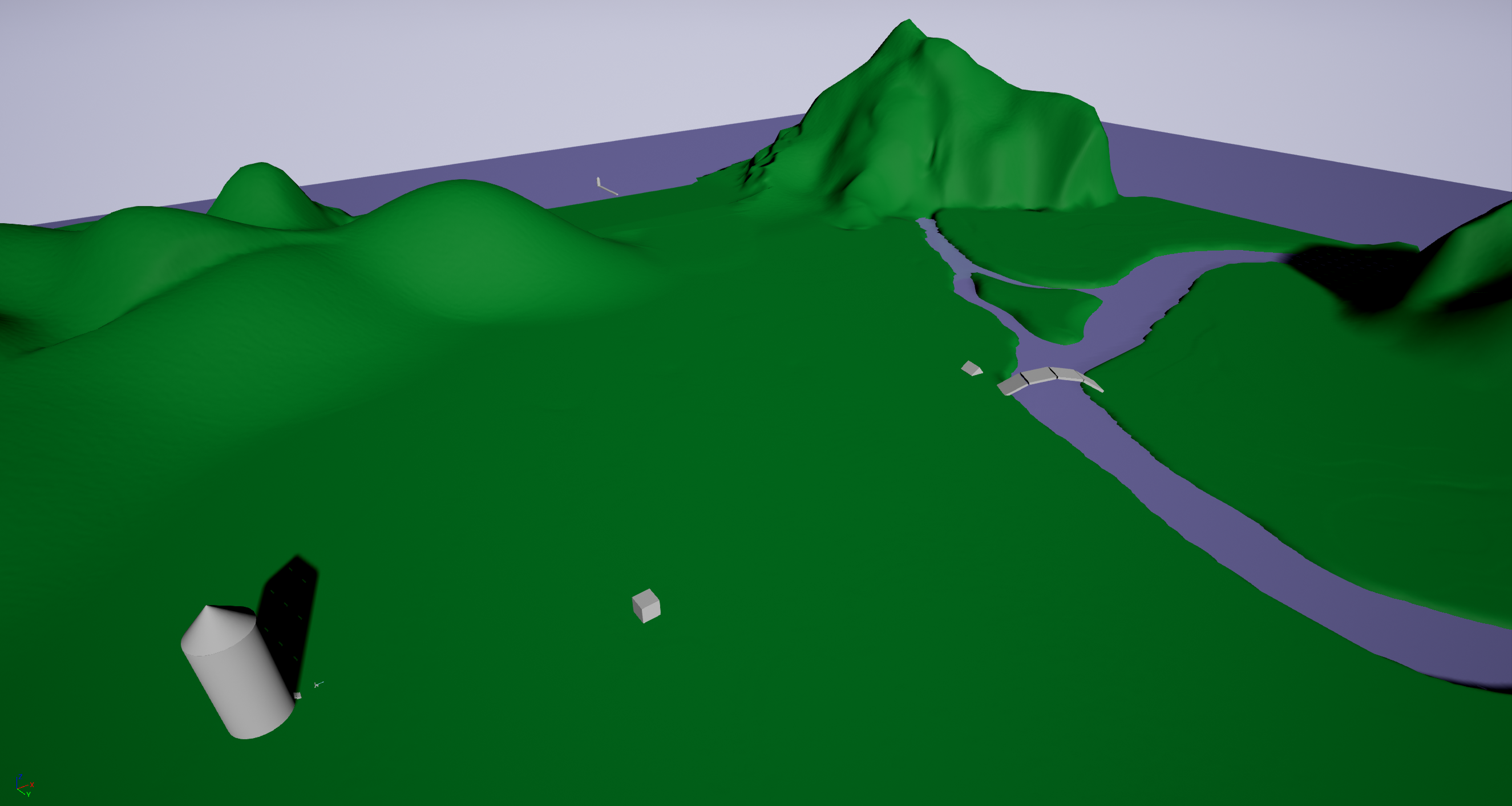 I did the initial test from memory and in order to get acquainted with the Landscape tools in Unreal Engine 4. 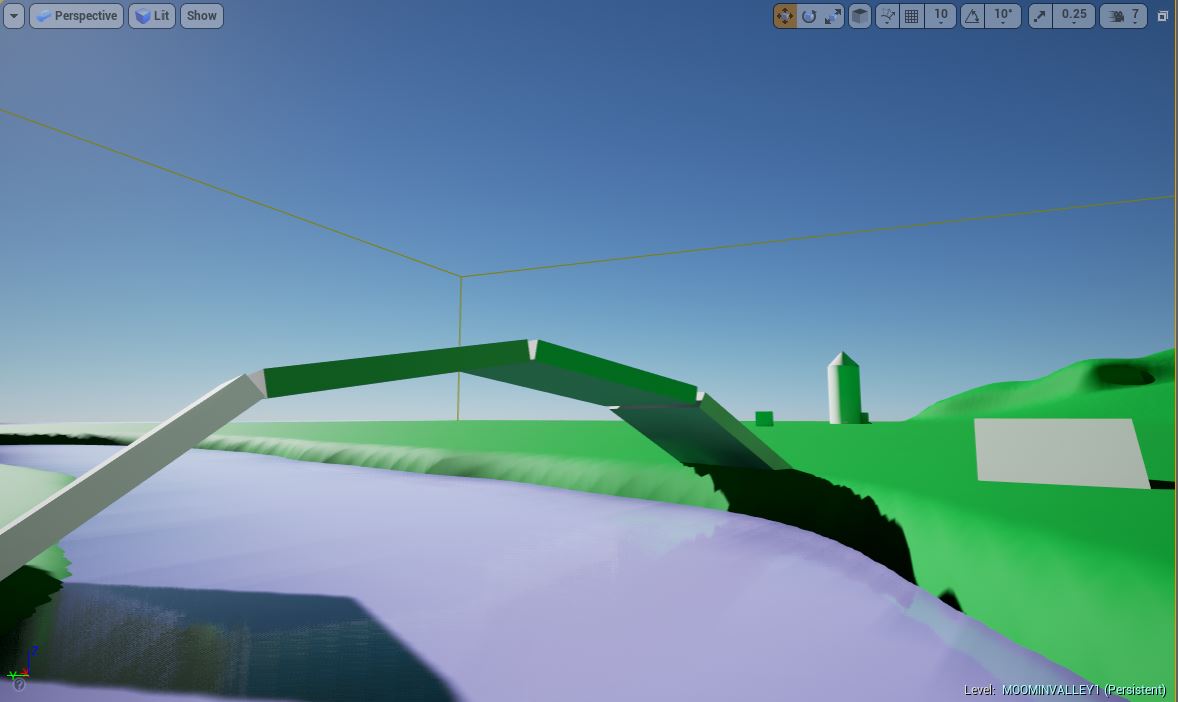 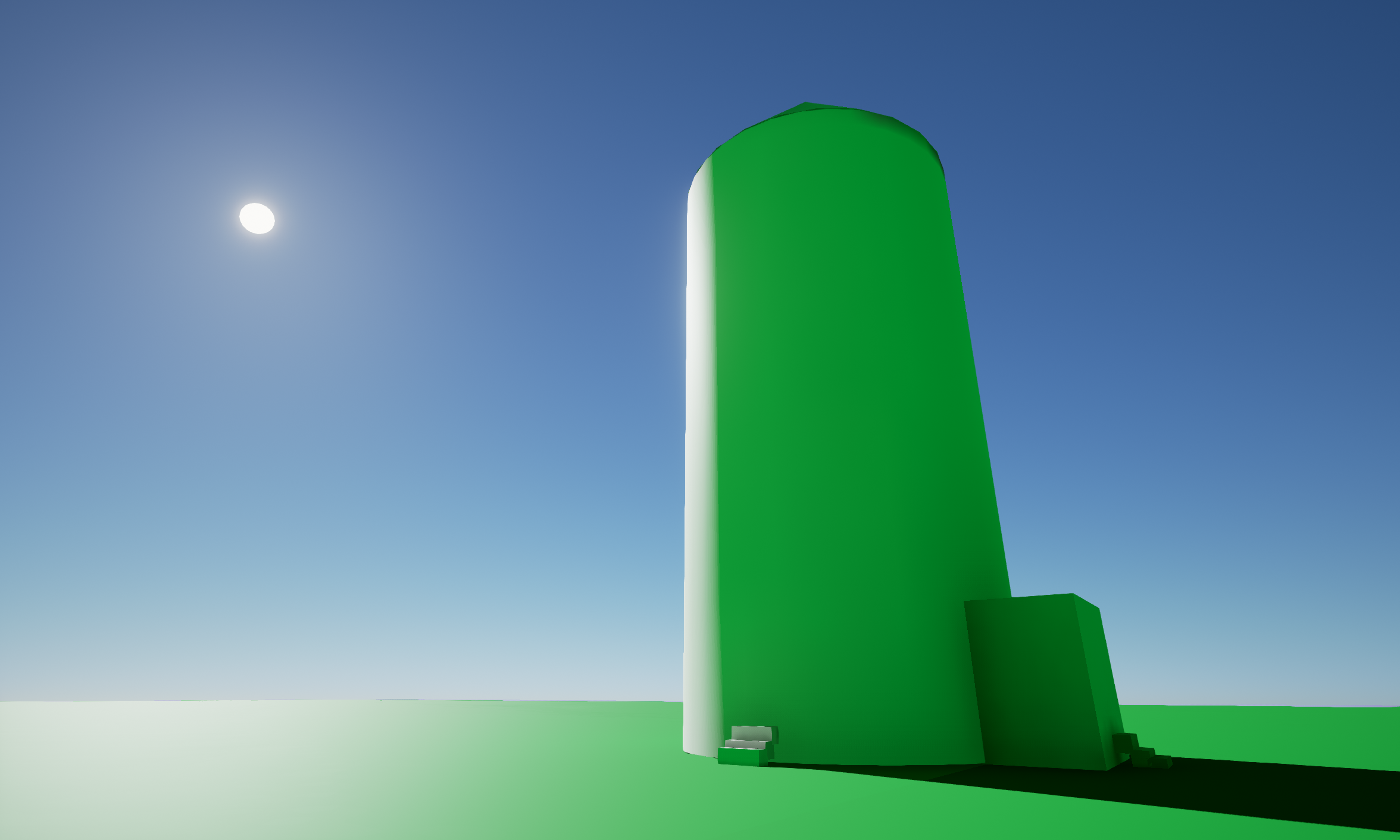 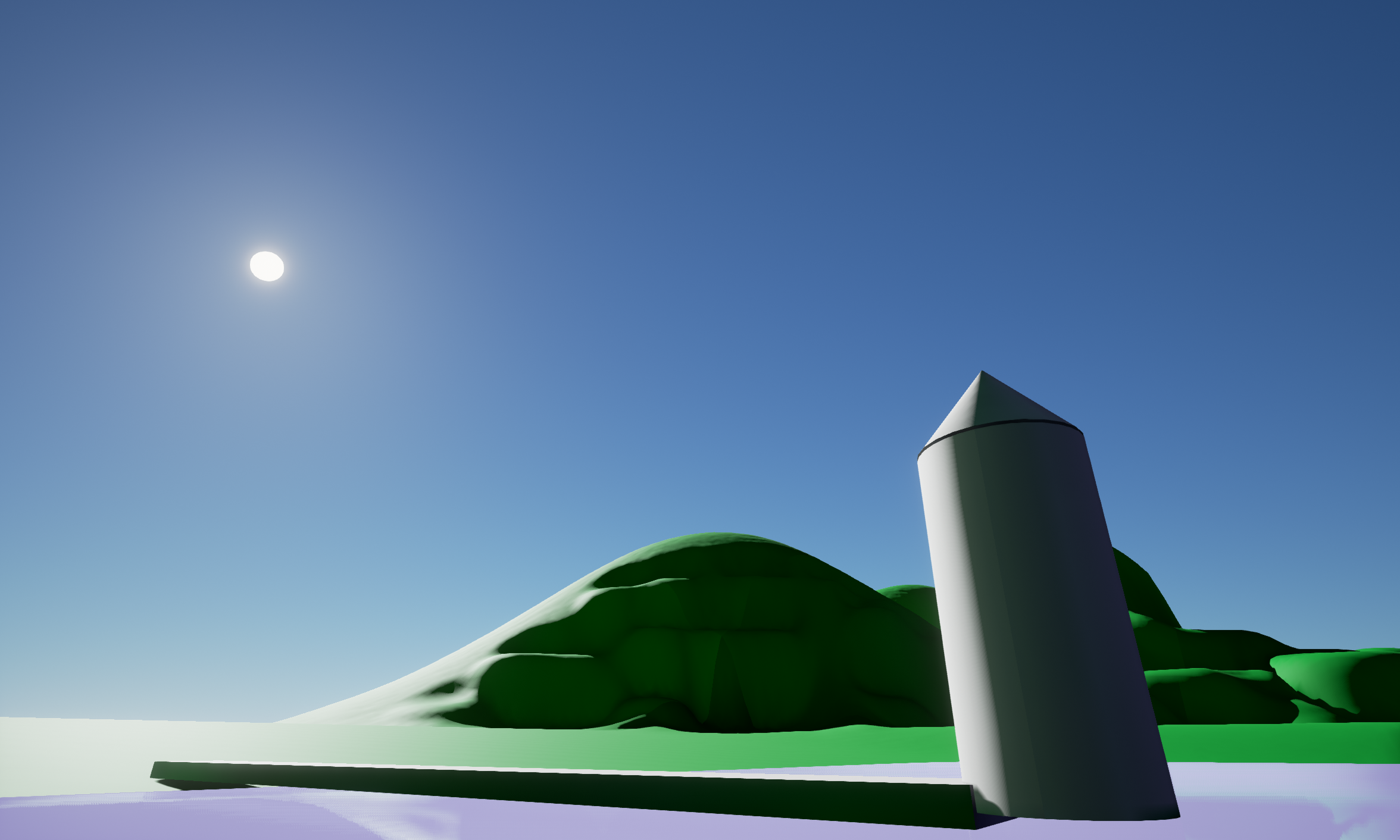 I then proceeded to add the main buildings and focus points that the level needed to better judge the space between them. It was surprisingly easy but I quickly discovered that the scale was not right.

To combat this and to make sure the level was at least somewhat correct, I added the map that used in the previous posts as a texture and just applied it to a Cube.

Basically, I used this as a tracing method (A skill I picked up after many hours of copying Donald Duck from magazines when I was young) and then just drew the map over it. This way I was sure to stay on the map and it gave me a solid idea how things are instead of me figuring it out. 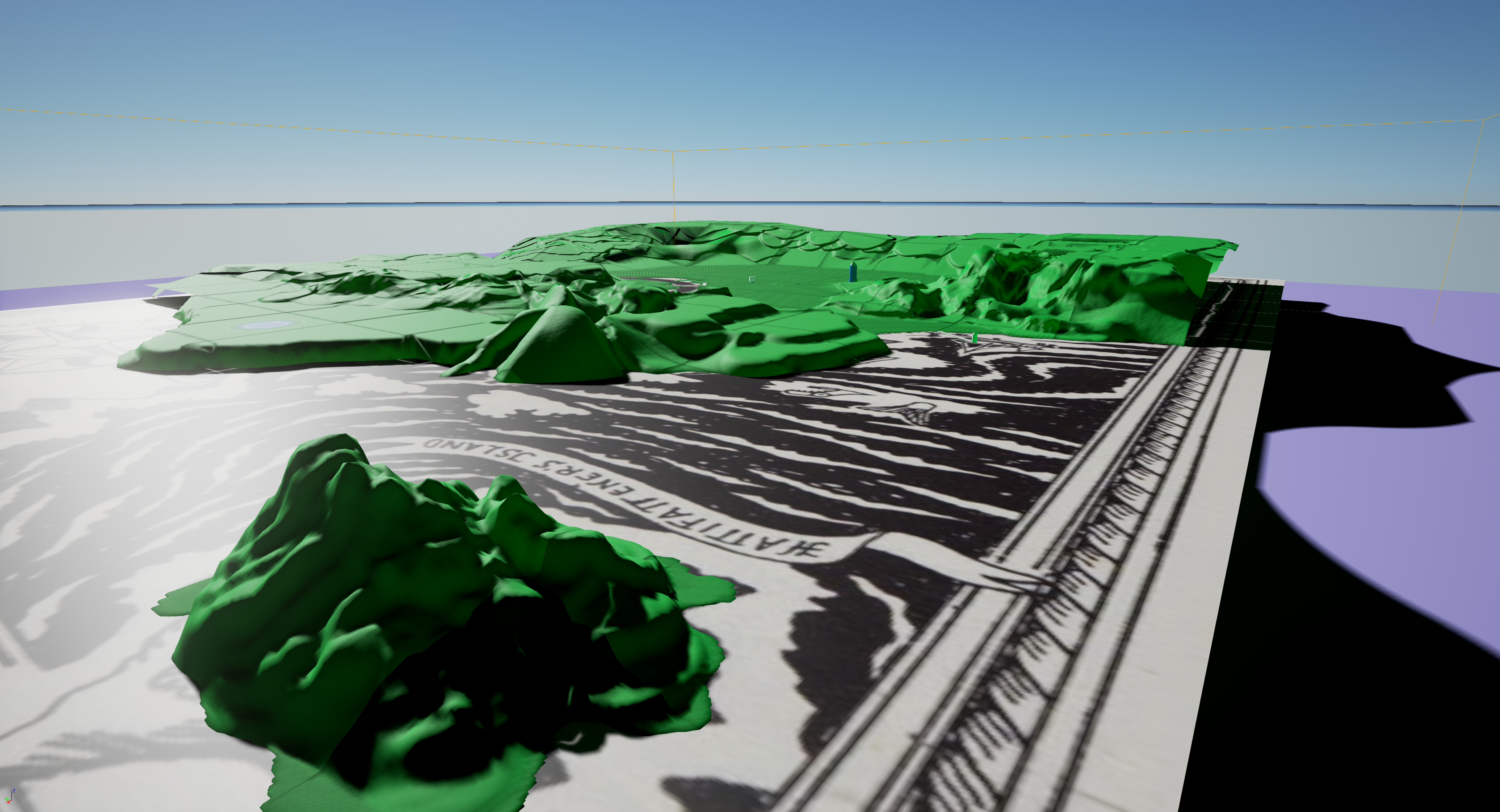 Much better and it worked out pretty much as good as it sounds.

I then added a simple 3 layered map into materials. this then being Grass, Rocks, and Gravel. (I later added Sand) to see what it would look like. I grabbed some simple Cartoony free to use artwork for this and added them into a LandscapeLayer and started painting. 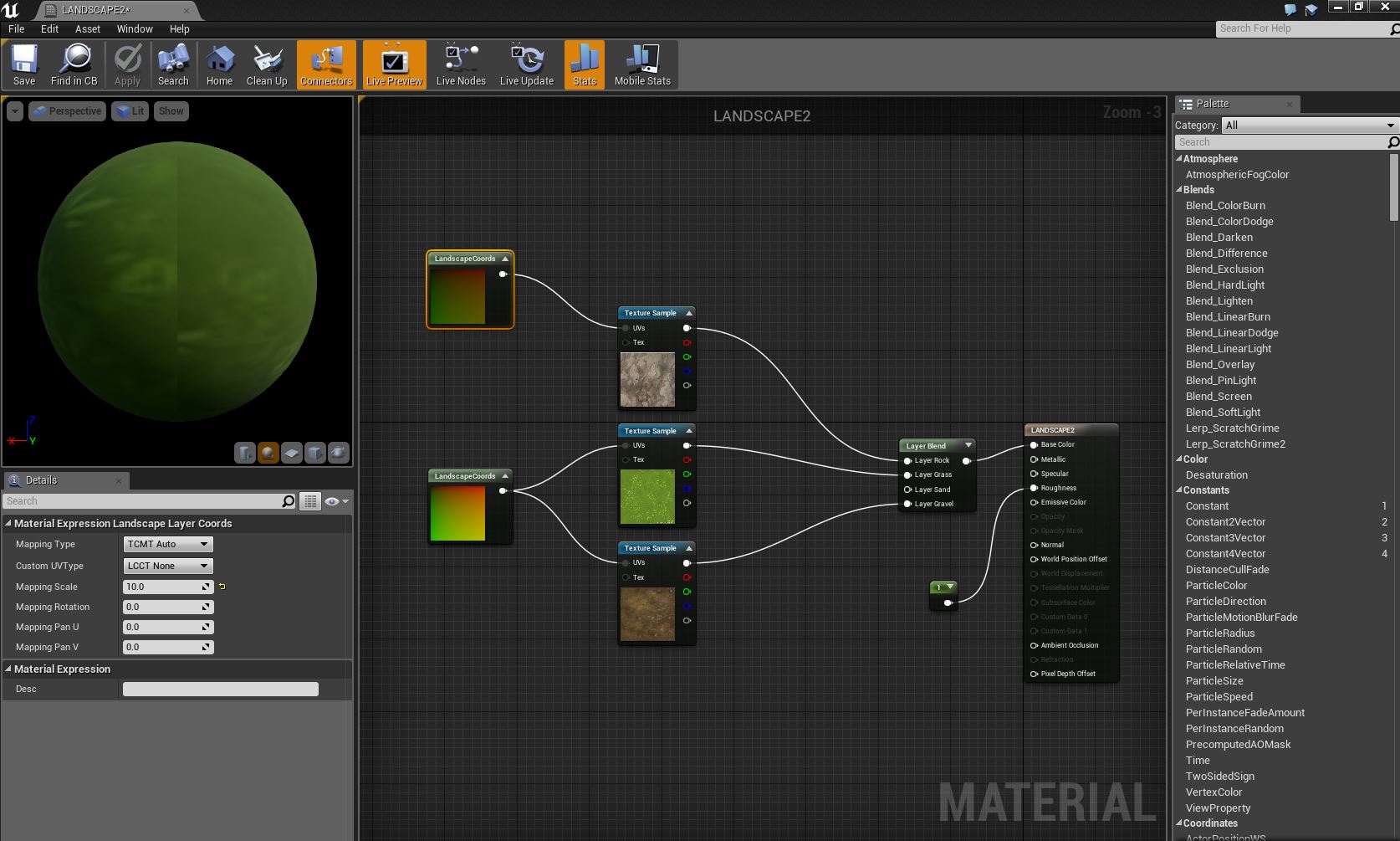 I also did a really quick test assets. This being The Bridge. My reference (Can be seen in post 2) had two different bridges in it, so I just made two and imported them into the map. It’s just a mockup as they have to be redone anyway. 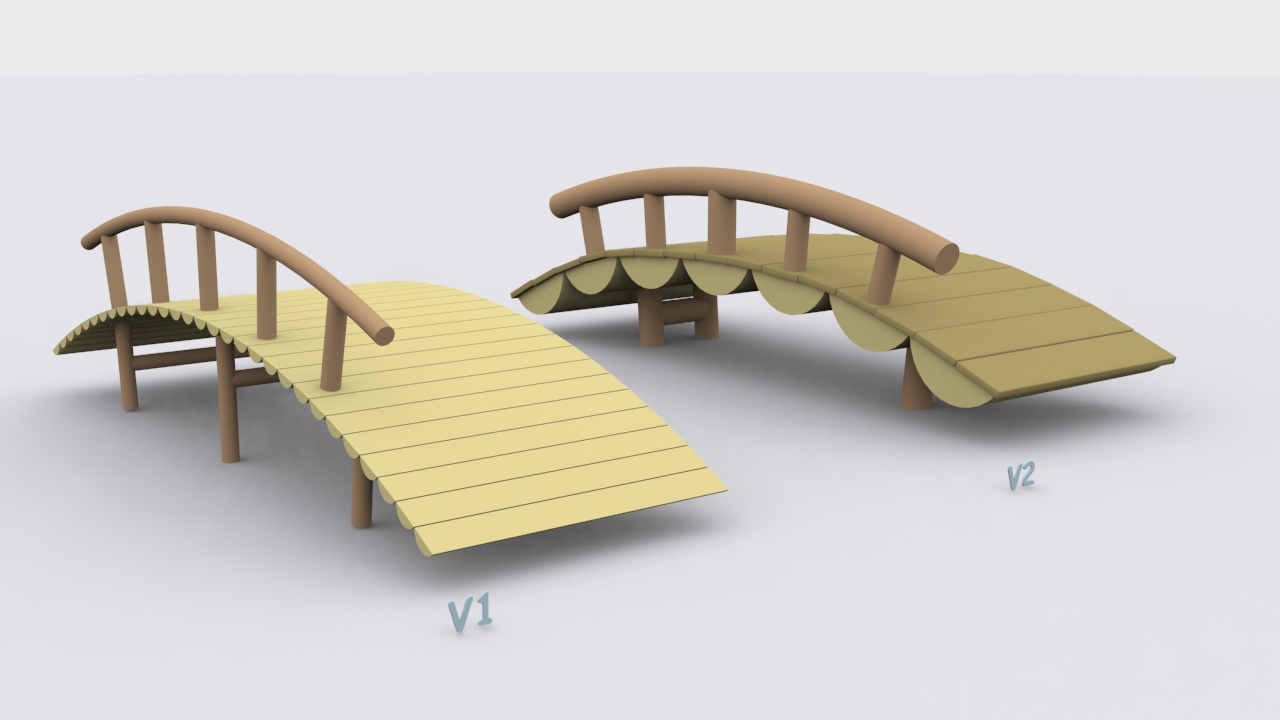 After having placed The Bridge into the scene, it inspired me to start on the vista/mountain range.

I appear to have gone a bit sculpting mad: 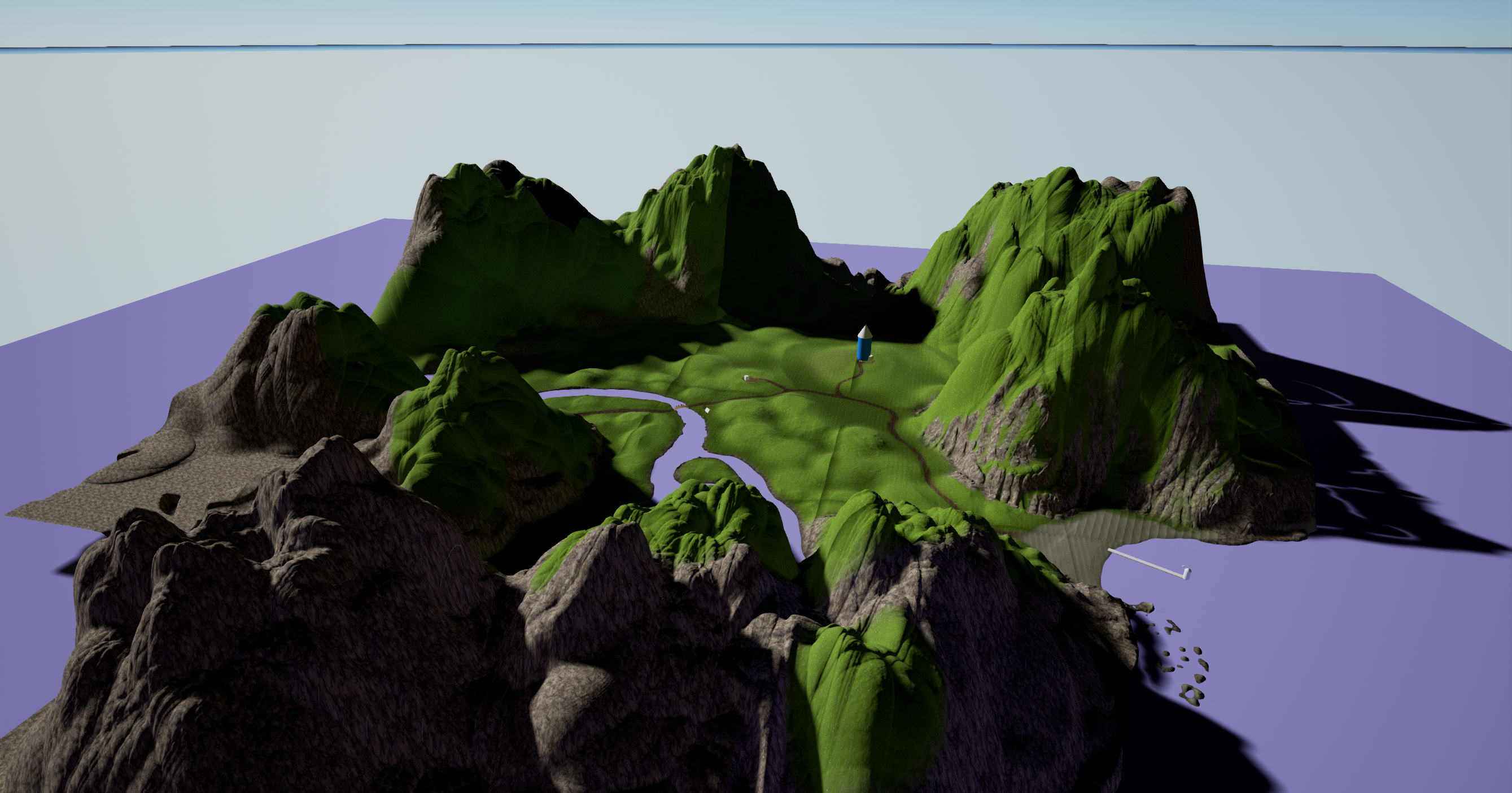 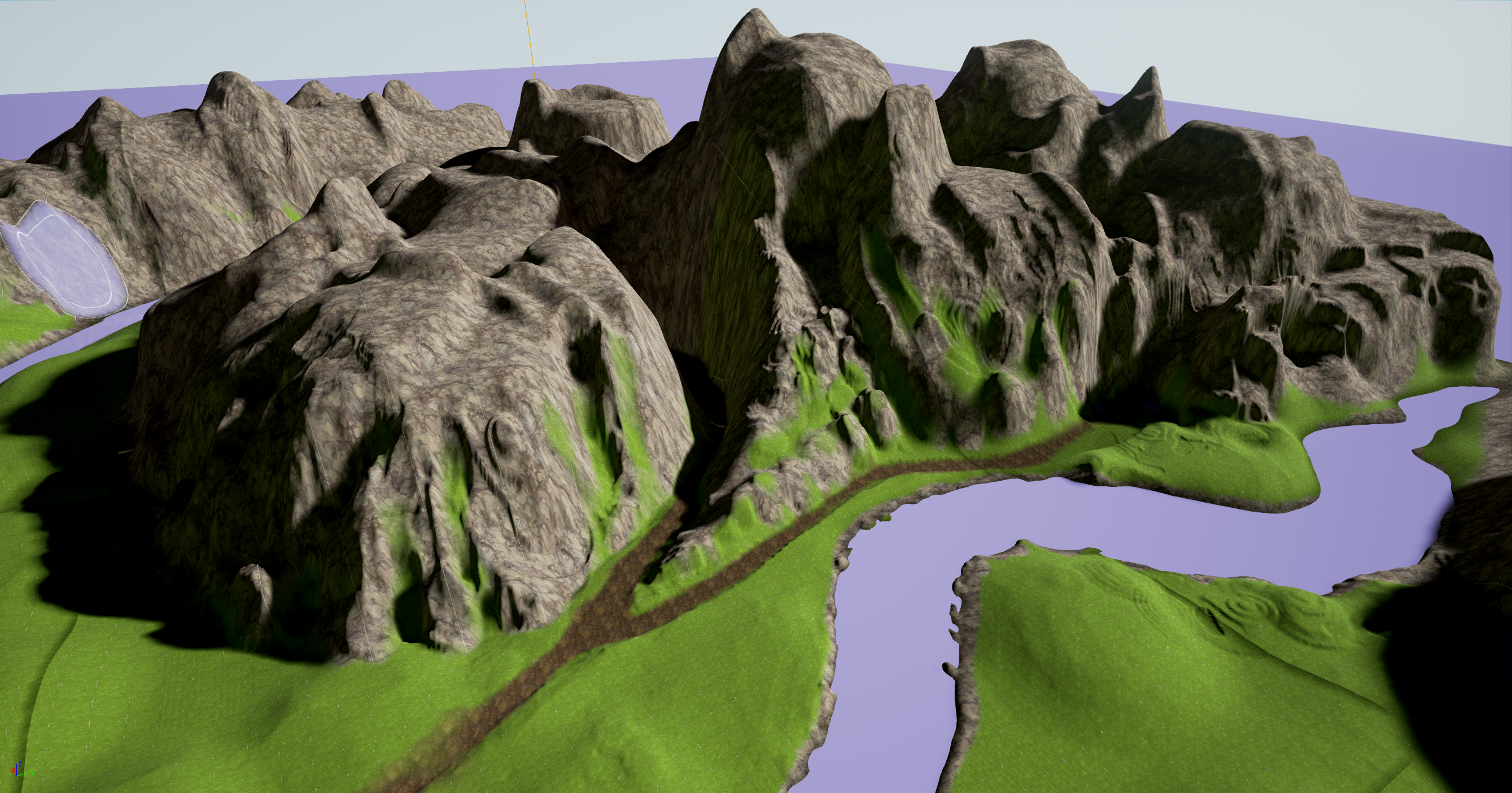 Bonus:
My love for H.P. Lovecraft knows no bounds apparently as I drew this baby Cthulu sleeping near the beach area, or perhaps that’s just my subconsciousness seeping through.. Hmm must investigate further.. 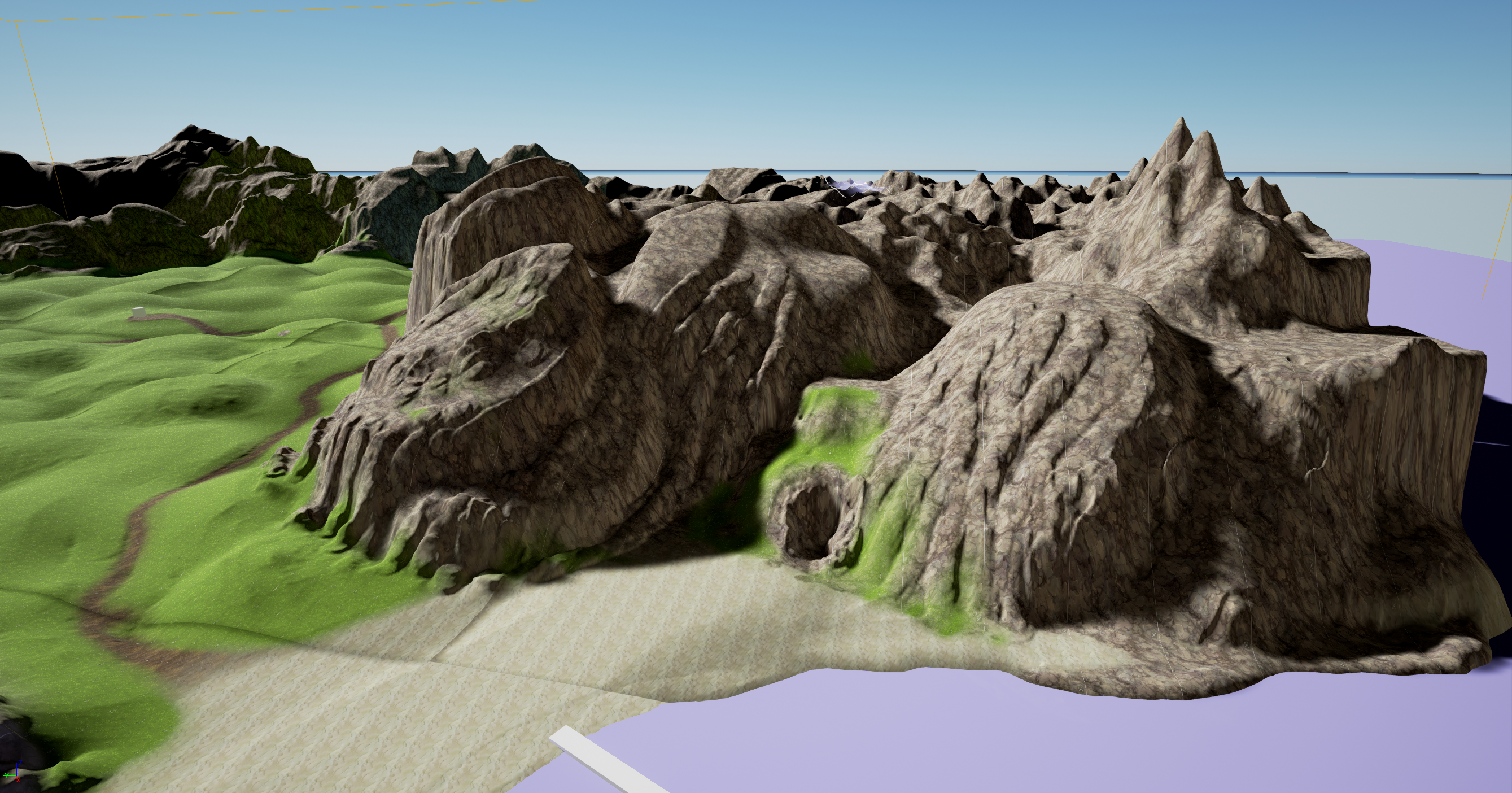 I posted my replies here on Epics own forum and someone said that the house and mountains looked a bit off according to the show. I agreed and quickly added similar round terrain to the map and tried to match it up as good as I could. 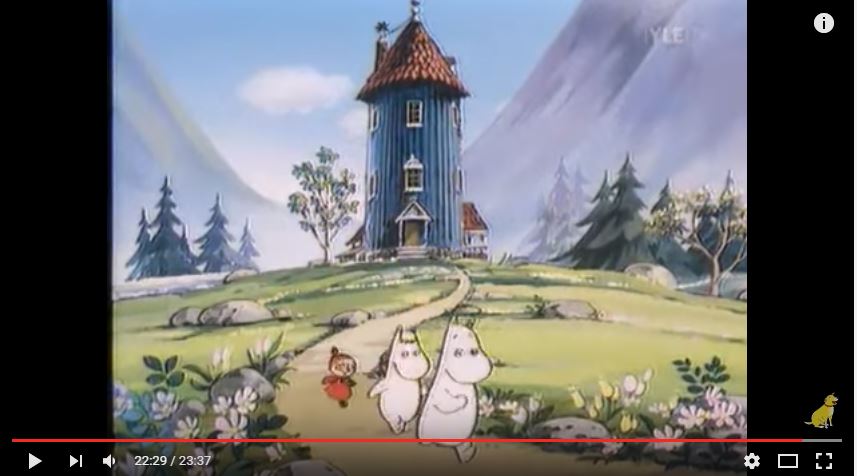 I took away all the details on the mountains and replaced them with soft round hills that fitted more with the look and feel of the Moomins.

Ps: Its really hard to do Cartoony/Simple geometry with the landscape tool. I even tried adding an alpha pattern of a sphere gradient to draw the roundness on the hills, but it didn’t really work so I layered the hills with the Flatten tool. About 3-4 layers per hilltop then used the Smooth tool, set to a high strength to smooth out the shaped. This took the most time so far in the project but I could immediately see the benefits of this .

I also moved the mountains that are behind The Main House back a bit to give it a bit more space. This was done by using the Mirror tool in UE4. It took a bit of figuring out but once I got the hang of in (and plowed through the UnrealWiki) it was a breeze. 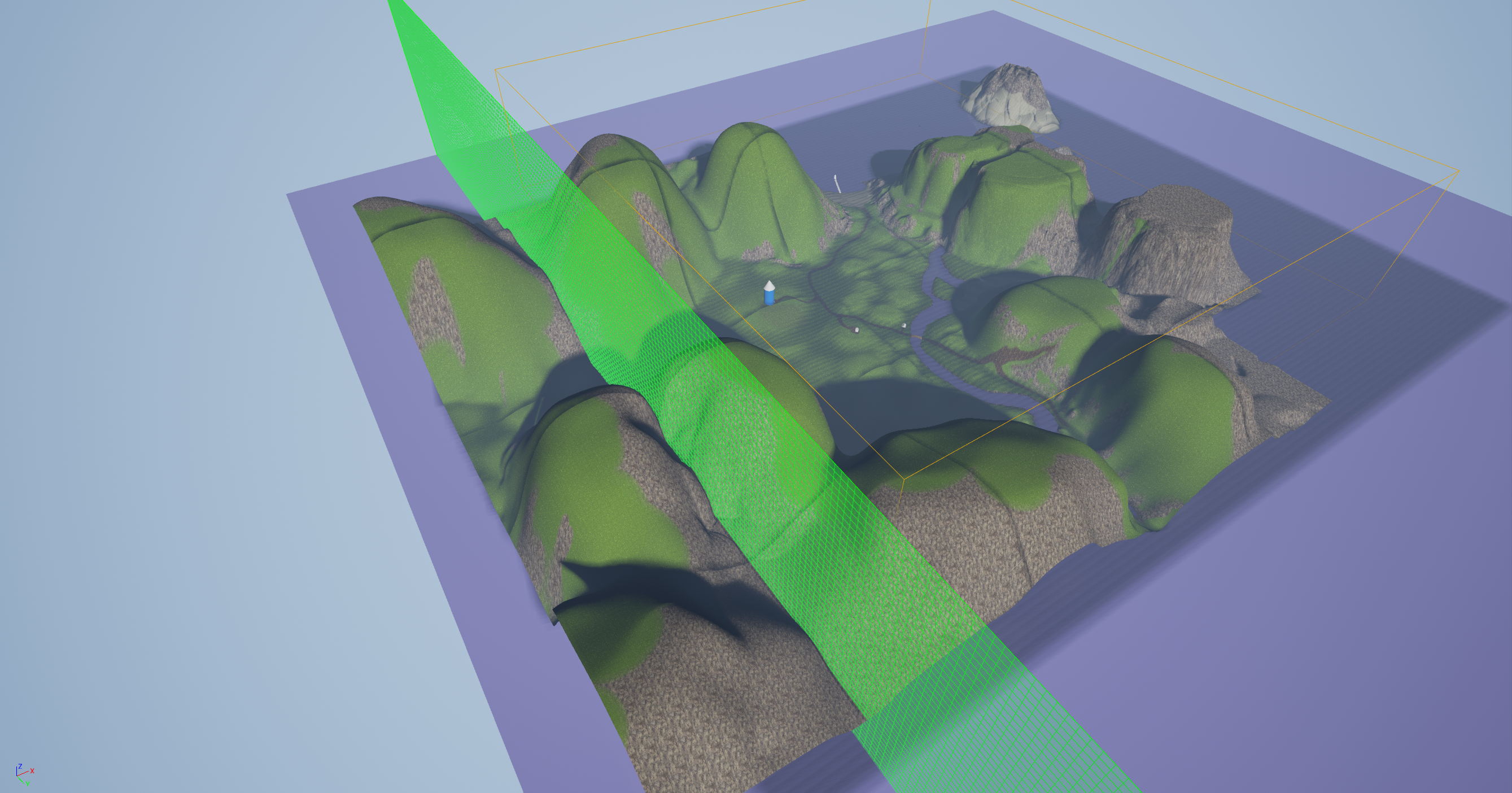 I then added a camera and pinned its placement so I could better match up the look from the show. 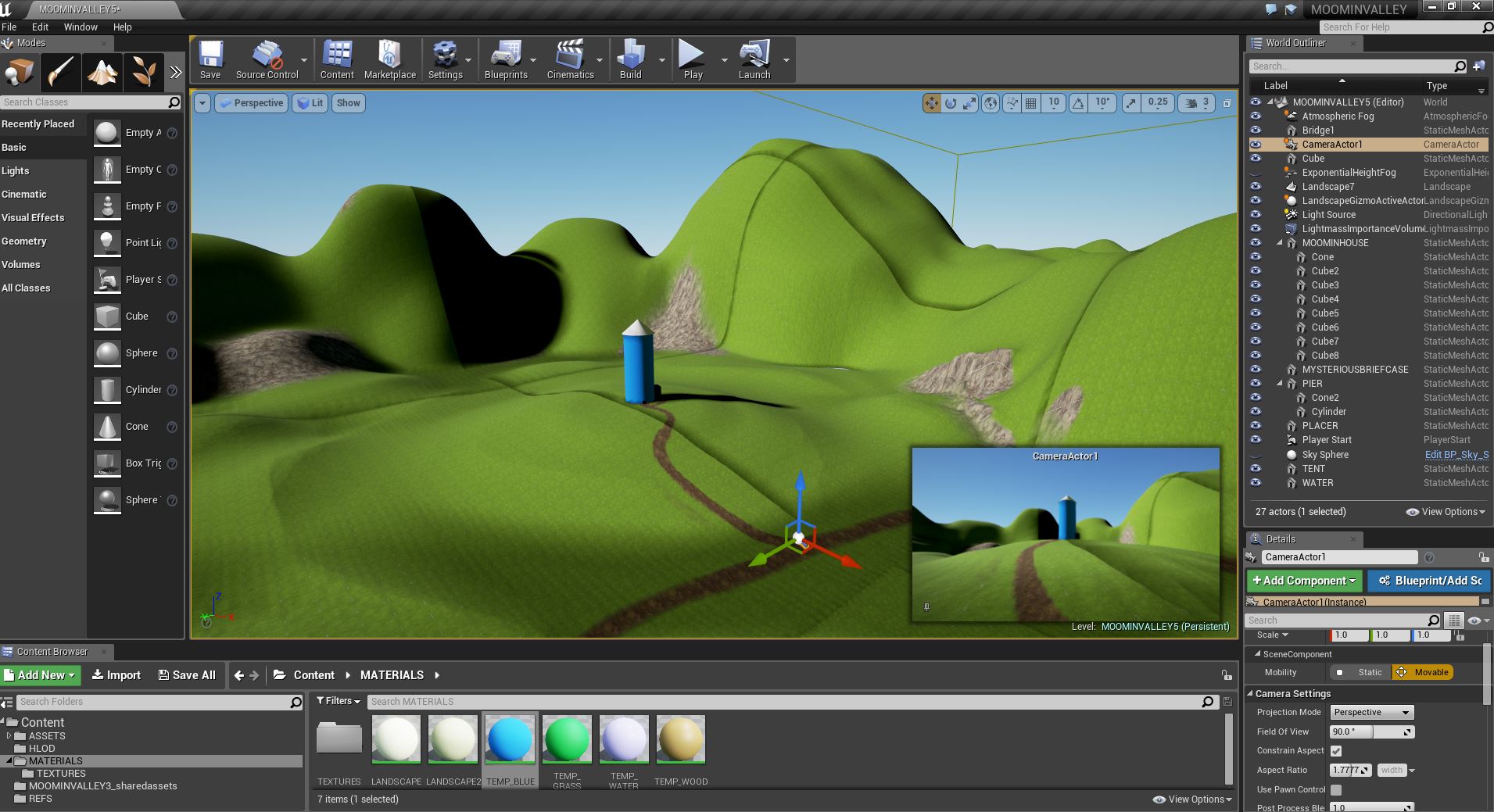 So that’s it for this week. This is effectively just 7-10 hours of work so far but it is definitely shaping up. I would like to really step it up next week to finish this one and make it as playable as possible but so far I am pretty pleased with the results.

I have also gotten some replies from artists wanting to help so this project really hits a good spot with people. I have told them that I want to get my version done first of all then I want to include them so I can do a comparative between the two versions to really display the benefits of working with others.

Besides having a prototype up and running with a good pipeline of swapping out assets is key for a good progression allowing artists to just focus on the modeling/Music/texturing etc .